Top 5 Travel Destinations Loved by Australians
Australia is a beautiful continent with plenty of awesome things to do and sights to see. Although Australians have a love for their country that is unmatched by citizens of other nations, they are spirited individuals who love to travel the world and learn about other cultures.

According to the Australian Bureau of Statistics, the top 5 travel destinations visited by Australians are New Zealand, Indonesia, United States of America, Thailand and the United Kingdom. In fact, over 4 million Australians visit these destinations each year.

As represented by the percentages, approximately half of the traveling population within Australia visited New Zealand, Indonesia, United States, Thailand and the United Kindgdom. When it is taken into account that there are over 196 countries in the world, these statistics are truly interesting.

New Zealand
The Bureau reported that over 1.2 million Aussies travel to New Zealand each year. There are good reasons for this large number of travelers. New Zealand has been hailed as the thrill-seekers paradise.

Popular activities and attractions include: bungee jumping, skiing, snowboarding, hot springs, subtropical forests, boiling mud pools and glaciers. Added bonuses of visiting New Zealand are the citizens are friendly, and the airfare from Australia to New Zealand is affordable. Making the decision to travel to New Zealand is a no-brainer for many Australians.

Indonesia
Indonesia is a group of 17,000 islands of beautiful and interesting tourist attractions. Not only do Australians love to relax on the beautiful beaches of Bali, they overwhelmingly love to visit the volcanic islands within Indonesia. In fact, Indonesia is known for having one of the most active volcanoes in the world. Because of this, Indonesia is known internationally as “The Pacific Rim of Fire.”

Other attractions in Indonesia include the Buddhist Temple of Borobudur, scuba diving, national parks, various white sandy beaches and tropical rain forests. It is easy to understand why Indonesia ranks high on Australian visitor’s list of must-see travel destinations in the world.

United States
Just as Americans love to visit the beautiful continent of Australia, Aussies love to come to the United States to take in their various cultures. Since America consists of many different tourist attractions, this fits right in with Australians sense of adventure and exploration.

Some of the popular travel destinations within the United States are New York City, Alaska, California, Hawaii and Florida. With its various landscapes and attractions, the United States has a lot to offer even the most well-heeled Australian traveler.

Thailand
Once tourists are in Thailand, taking advantage of their many attractions is affordable for many visitors. Visiting Thailand gives Australians more bang for their buck.

With many hotels averaging 20 dollars per night, Thailand is a bargain hunter’s paradise. In addition, the relaxed environment and year-long sunshine satisfies the appetites of Australia’s most curious traveler.

Popular attractions and activities within Thailand are Chiang Mai, island hopping tours, kayaking and Kings Grand Palace of Bangkok. A trip to Thailand proves to be a great deal for many fiscally prudent Australian travelers.

In addition to visiting England, Australians enjoy visiting Wales, Scotland and Northern Ireland. These places are home to the best castles, white cliffs and museums in the world. The United Kingdom rounds out a must-see list of destinations for Australian travelers. 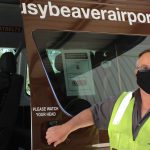 How to keep safe while trave... 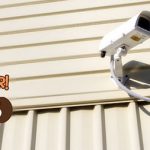 Why is travelling an essenti...

Steps to a perfect family ho...

Save time and stress with a ...